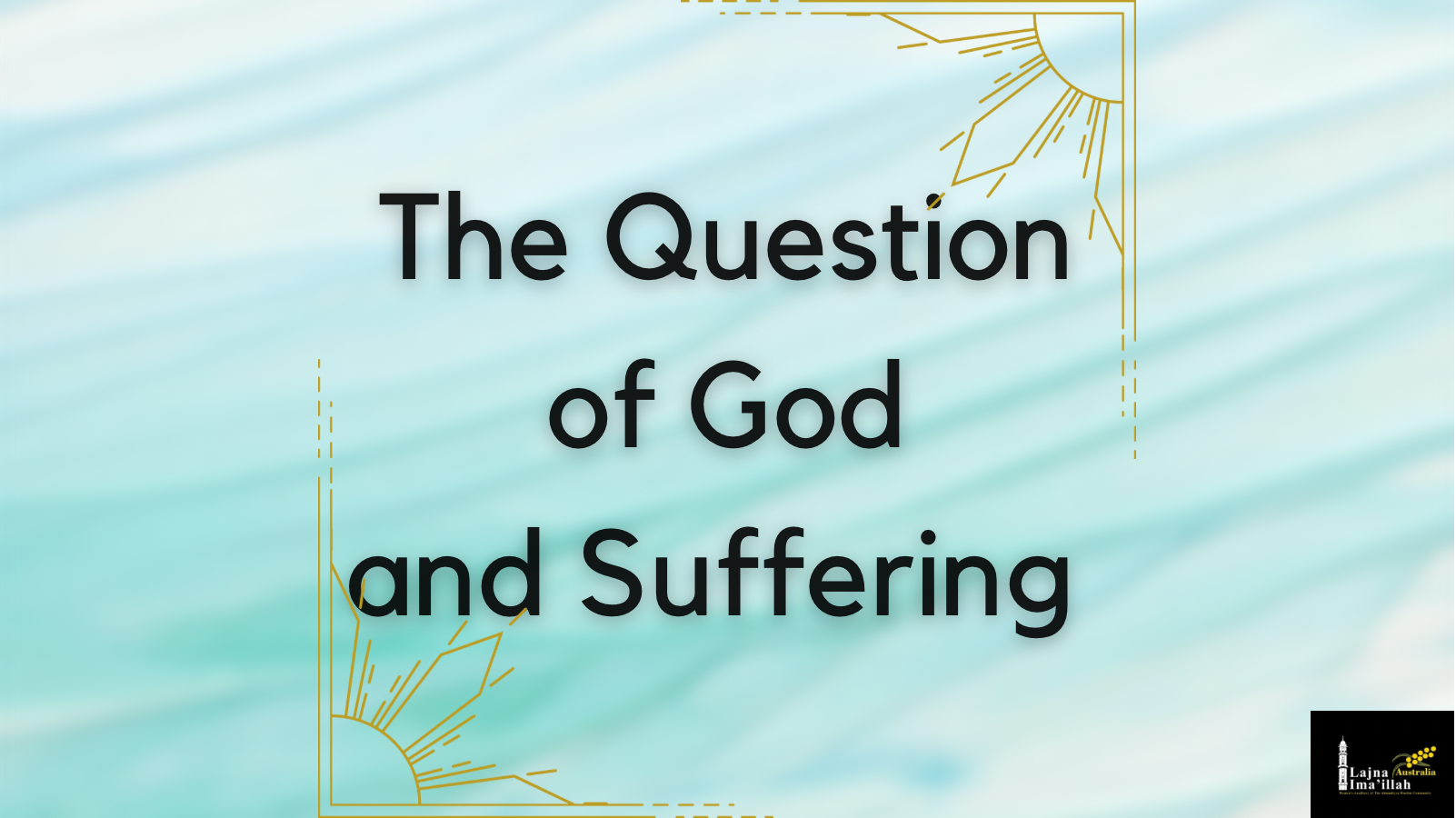 The rise of the atheist mindset and decline in the belief in God is due to many reasons. Some oppose the very idea of religion, blaming religion for global calamities such as famine, drought and war, while others see personal pains and trials and rather shortsightedly, conclude that an Almighty and Gracious God could simply not exist. These people fail to uncover the truth that the proof of the existence of God is right there in their pains and trials. Allah the Almighty says in the Holy Qur’an:

Blessed is He in Whose hand is the kingdom, and He has power over all things; Who has created death and life that He might try you- which of you is best in deeds; and He is the Mighty, the Most Forgiving. (67:2-3)

From these verses we understand that God did not create suffering as an independent element, but as a counterpart of pleasure and comfort. He created comfort as a means to test our steadfastness and put our faith to practice. The fourth Caliph, Hazrat Mirza Tahir Ahmad (ra) described this concept artfully in the book “Revelation, Rationality, Knowledge and Truth”,

‘The absence of happiness is suffering, which is like its shadow, just as darkness is the shadow cast by the absence of light. If there is life, there has to be death; both are situated at the extreme poles of the same plane, with innumerable grades and shades in between. It is the very scheme of things that God discloses here. This is the grand plan of creation."

According to our understanding, God does not create good or evil. God creates capabilities and capacities; and, their proper use or misuse renders it good or evil. Evil and suffering is integral to the human condition, a direct result of Free Will that God has bestowed upon us. For example, God gave us the capacity of movement and if it is used for causes which benefit humanity it will be considered good in the eyes of God, but if it is used for destruction or disorder, then it will be in the category of evil. Similarly, our ability to speak can be used for good or bad, we can chose to create harmony and speak in a gentle manner, or we can curse and create chaos with our words.

When one chooses to ignore rational thinking and rejects God for factors which are a fact of life, one is instantly closing the doors to the ultimate relief during their hard times, for it is only God Almighty who is Ash-Shaafi, The Healer, Al-Hadi, The Guide and Al-Mu’min, The Bestower of Peace.

We should all take a page from the life and example of the Holy Prophet (PBUH), who saw trials and tribulations we cannot even begin to imagine or fathom. The Holy Prophet (PBUH) was the nearest and dearest to God, and yet his life was plagued with suffering. Yet, did he ever lose belief in God? Did he ever question or complain? No, because he knew that if he remained steadfast in his faith Allah the Almighty would help him, as Allah himself says in the Holy Qur’an:

“O ye who believe! Seek help with patience and prayer; surely, Allah is with the steadfast.” (2:154)

As with all things worthwhile, it takes immense will power and strength to overcome hurdles to reach our goals. Athletes train for years and push through fatigue and pain and doctors go through years of study and stress. Is it not then foolish to abandon the thread of faith when faced with a hardship or suffering? It is only through adversity that we can truly reach God.

The most beautiful of transformation take place through pain and pressure. Diamonds are forged through immense pressure under the crust of the earth and caterpillars disintegrate before they emerge as butterflies. We as believers must hold steadfast in suffering and await our transformations through adversity towards God.

When faced with adversity, suffering or anguish one should recite the following prayer, as was the habit of the Holy Prophet (PBUH) in times of difficulty:

“I put my trust in the Being, Who is Ever-Living and Immortal. All praise belongs to the Being, Who has not taken a son and no one shares His Sovereignty. No one befriends Him considering Him to be helpless. So praise Him in the best possible manner." 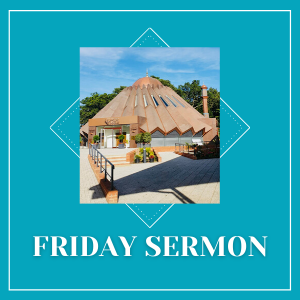 please note: some congregational prayers may be combined or offered only on weekends due to COVID safety measures